Fretless zithers are not just an American phenomenon. Like many other variants, the harpeleik, invented in Sweden by Adolf Larsson, arose in the late 1800s as an easier-to-play alternative to the Alpine zither. It has very rich chords (9 and 10 strings on mine), organized in fifths, with wonderfully sonorous bass notes, and with very high notes with tuning pins anchored part way down the face of the instrument. Manufactured today by C. Robert Hopf in Germany, this instrument is known in Norwegian and Swedish folk music, as a search of YouTube will attest. Australian-born Shirley Abicair, popular on British TV in the 1950s and ’60s, played one. I have several, all obtained through Ebay. 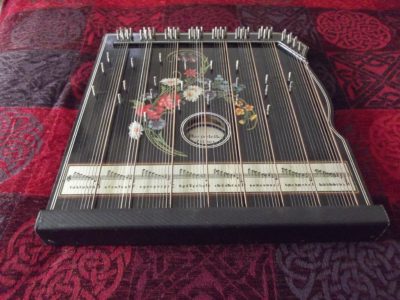 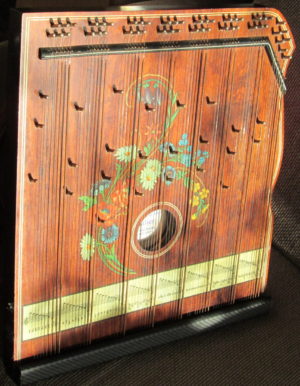 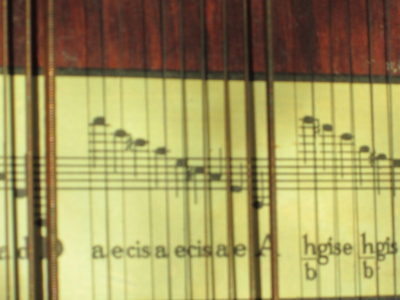 This YouTube video features my rendition of “The Ballad of Judith Folger”, accompanied by harpeleik.