While researching songs from progressive movements of the past, I found this gem in Socialist Songs with Music, compiled and published by Charles H. Kerr in 1901 in Chicago. 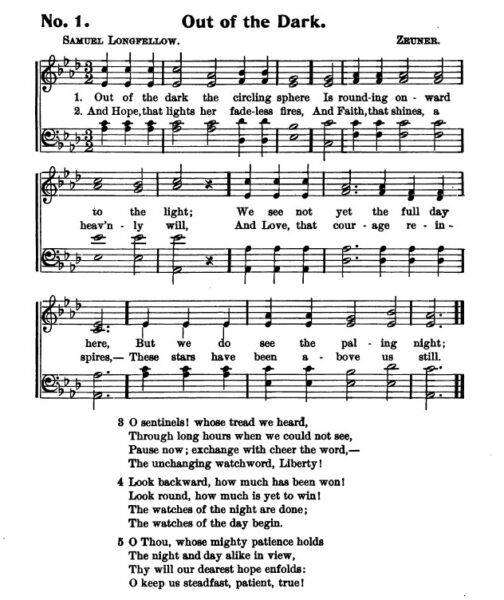 Publisher and editor Charles H. Kerr was deeply involved with Unitarianism for a time. Perhaps that’s how he became familiar with the work of Unitarian minister and hymn writer Samuel Longfellow (1819–1892), a Maine native and the youngest brother of the renowned poet Henry Wadsworth Longfellow. This text has been published in 19 hymnals, and is usually sung to other tunes, rather than the music here, composed by Charles Zeuner (1795-1857).